Weekly live performances that experiment with form.  Responding to calls for social isolation, Café La MaMa Live brings La MaMa's 1960s café aesthetic to a virtual platform that links performers and audiences in real time across distance. Guest curators each week give artists a digital platform to share their work with the world.

Truth Bachman performs FARMED: A Live Podcast Album is a heart pounding soundtrack of an Orwellian America. Interviews with grassroots leaders across the US become the spine-chilling backdrop for an evening of songs by composer/vocalist Truth Bachman. An ongoing project that fuses live and digital mediums, it has been seen at The Greene Space (WNYC), Theatre C (via Parsnip Ship), The Kickstarter Headquarters (via Fresh Ground Pepper), 393 NYC, and as part of an ongoing residency at Joe's Pub at the Public Theater.

Deepali Gupta performs I Love You Stranger is an etymological, epistolary, epiphanic, episodic, phantasmic fantasia! Including an investigation of the archives of a pivotal romance, evidence of an abundance of selves, an exploration of the disputed history of a psychiatric disorder—and an inquiry into the nature of self-destruction. What happened to you, and did it ever go away? A year in the life of the artist throws a lifetime into relief.

Chris Ignacio will be performing a selection from his upcoming piece called "How to Sing: A Survival Guide"

La MaMa's ongoing digital programming is FREE when Livestreamed at the time of broadcast.
Subscribe to La MaMa's Patreon to watch on-demand.

Please support La MaMa as we create radical ways to connect you
with online happenings and audience engagement in this time of isolation.

Truth Bachman is a composer, vocalist, and writer of socially-focused musicals. Described by NYTimes as ”musically and vocally rich”, they are praised for “golden-voiced”, “soulful vocals” (Vulture). Bachman’s acclaimed "Shapeshifters", a musical about LGBTQ heroes, was developed at an ongoing residency at Joe’s Pub, Musical Theatre Factory, Rhinebeck Writers Retreat, and was the inaugural recipient of the Denovan Grant. Truth Bachman's “FARMED: A Live Podcast Album” features a vocally percussive score for 25 voices, and was recently published. Truth is an alum of New Dramatists Composer-Librettist Studio, Joe’s Pub Working Group, and NYU Tisch. Their album ‘Blue River’ features several broadway talents and donates 100% of funds to Arts Education Programs within New York City’s boroughs. @truthbachman

Deepali Gupta is a performance artist, composer, and writer. She makes work which explores themes of madness and illucidity in relation to the feminine and colonized body. Her work has been presented by Ars Nova, The Public Theater, LCT3, and The Poetry Project, among other venues. She is an Affiliated Artist with Target Margin Theater and New Georges, and currently developing commissions for JACK and Ars Nova.

Chris Ignacio is a New York-based theatre artist, musician, puppeteer, producer and educator. He has toured nationally and abroad since earning his BFA from The Boston Conservatory at Berklee. He is a Culture Push Fellow, and Queens Council on the Arts Community Engagement Commissioning grant recipient for his project Co-written, which involves collaborative songwriting with young people of color. 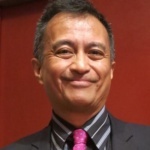 Nicky Paraiso is an actor, singer, musician, writer, curator, solo performance artist. He has been a fixture of the NY downtown performance scene for the last four decades. He is Director of Programming for The Club at La MaMa, and Curator for the annual La MaMa Moves! Dance Festival, celebrating its fifteenth year in May 2020. He has worked as a performer with vanguard artists Jeff Weiss & Richard C. Martinez, Meredith Monk & Vocal Ensemble, Yoshiko Chuma & The School of Hard Knocks, among many others. Nicky is the recipient of a 1987 Bessie Award for Performance, a 2012 BAX Arts & Artists in Progress Arts Management Award, a 2018 TCG Fox Fellowship for Resident Actors/Round 12, and the 2019 (NY Innovative Theatre) Ellen Stewart Award for Stewardship. Nicky's most recent full-length performance, now my hand is ready for my heart: intimate histories, directed by John Jesurun, was presented at La MaMa in March 2019. Photo: Jackie Rudin