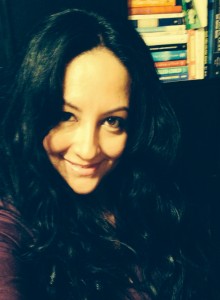 When the rice hits the fan, Beatrice goes a running. After years of abuse and maltreatment from her marriage, Beatrice seeks to find the piece of her that died a little each day.

YANI PÉREZ is an Ecuadorian born, Brooklyn raised poet and playwright. Her work can be found in literary journals and websites such as Brooklyn Paramount, By the Overpass, Having A Whiskey Coke With You, Napalm and Novocain, Jellyfish Whispers, Barbie in a Blender Anthology and Storm Cycle 2012: The Best of Kind of a Hurricane Press. Her play, God Don’t Exist for Girls from Brooklyn was produced by New Perspectives Theatre and was also part of The Naked Expedition Project Theatre reading series. It will also be part of the Alternative Theatre Festival in Bogotá, Colombia in March 2016. Additionally, this play was part of the Women’s Work Short Play Retrospective Festival for New Perspectives Theater in February 2016. Her short play, Kane was part of 365 Women A Year: a playwriting project Festival reading. Her latest short play, The Engagement party was part of the Leela NYC Theatre Festival.  She assists with literary workshops and publicity at IATI Theater. She received her M.F.A in Creative Writing from Long Island University Brooklyn.

MELODY BROOKS is an award-winning producer and director working in NYC since 1983. In 1991 she founded NPTC and serves as Artistic Director and CEO. Its mission and goals are a result of her long experience working in Off- and Off-Off Broadway. Brooks leads NPTC's Women’s Work Project, which develops short and full-length plays by 12-16 members per year, and produces ON HER SHOULDERS, staged readings scholarly playbills of plays by women from the past. Brooks is also Executive Producer for NPTC’s Voices From the Edge Festival, which has showcased more than 75 new works by African-American writers since 1997. Through these programs Melody has developed and directed numerous original and classic plays. Other directing credits include works for the Downtown Urban Theatre Festival, the Queer at HERE Festival, and Women On Stage for Peace Festival (Bogotá, Colombia) and the Edinburgh International Fringe Festival. She currently serves on the Board of the League of Professional Theatre Women.

For Experiments 16: New Century Female Dramatists, La MaMa has invited female playwrights to present a concert ­style reading of a new work ­in ­progress. The writers represent a cross ­section of New York’s population, and each work brings a unique perspective on contemporary relationships, attachments, and identities.