The Helix Queer Performance Network gathers some of the most exciting voices from NYC’s queer performance world for two weeks of theater, comedy, music, dance and conversation. For the fifth year in a row, we celebrate the legacy of community theatrics, multiple generations of queer genius, and the precocious audacity of the millennial mind. Each night of La MaMa's Squirts features a different inter-generational pairing--six nights of duets to mend the queer generation gap, or at least bedazzle it. Helix is a collaboration between La MaMa, BAX/Brooklyn Arts Exchange and the Hemispheric Institute of Performance & Politics. ACCESSIBILITY: The Club at La MaMa is up two flights of stairs, with no available elevator.

DONATE! On each night of La MaMa's Squirts, we will raise money for Princess Janae Place, which provides housing for transgender people in the Bronx! We will pass the hat, so bring cash!

Squirts is Coming: An Interview with Dan Fishback
By: Maura Donohue

"The idea of intergenerational exchange feels acutely important these days when knowing where we’ve come from and how we’re going to get to wherever-it-is-we’re-going requires both hindsight and audacity." 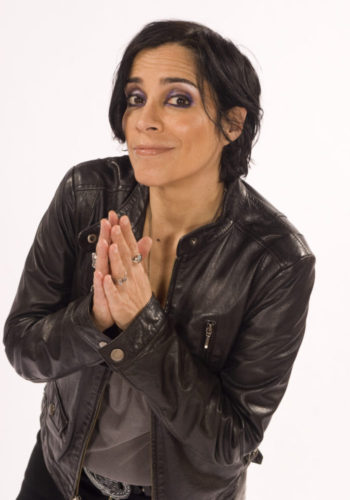 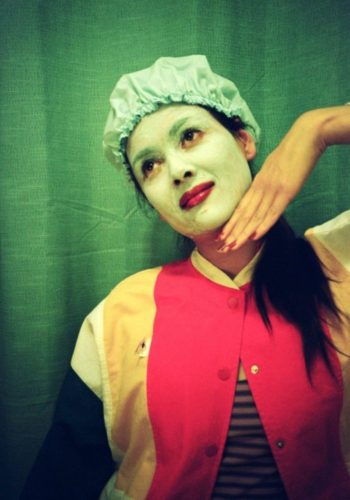 Marga Gomez is a GLAAD award-winning writer and performer

Patti Harrison is a Brooklyn-based writer, actor and comedian 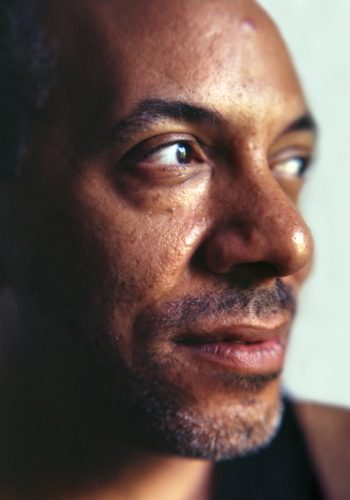 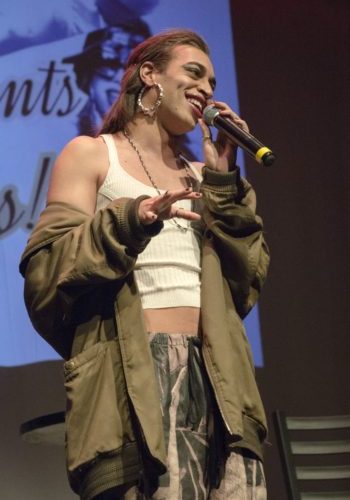 Stephen Winter is an award-winning filmmaker

Banjela Davis is an intellectual androgyne 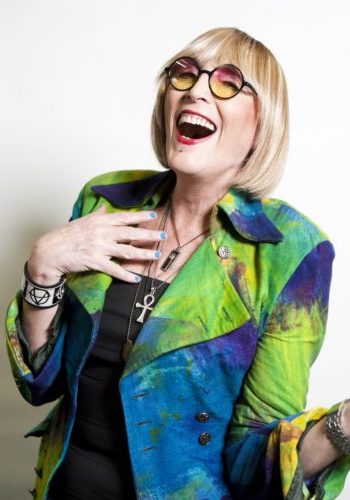 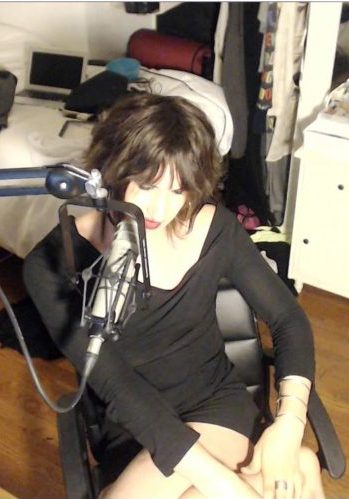 Kate Bornstein is an author, performance artist and public speaker 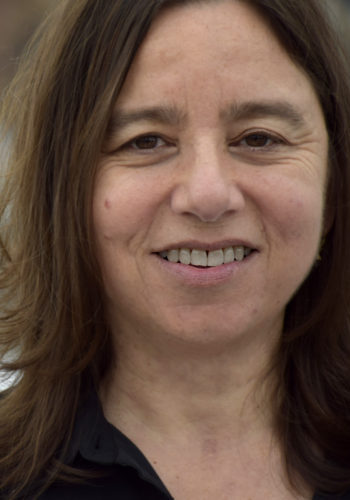 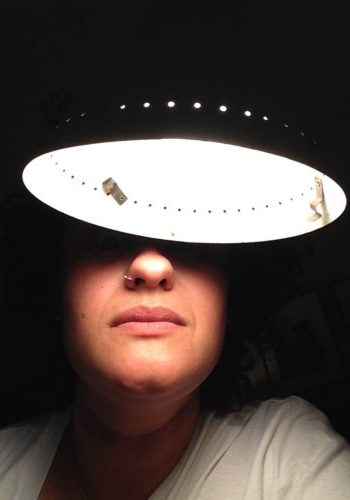 m.b. is an MFA student, singer, performance artist, and writer of fiction/poetry/memoir 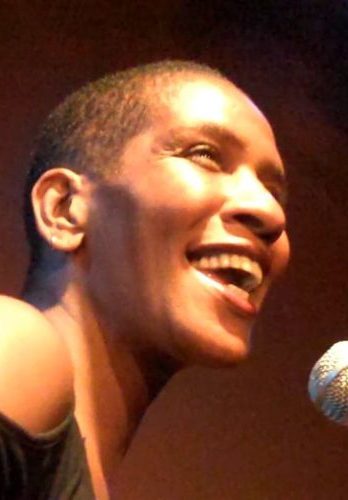 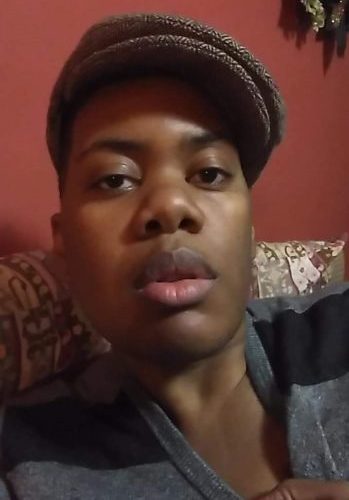 Pamela Sneed is a New York based poet and actress

Yaya McKoy is a multi-media performance artist and poet 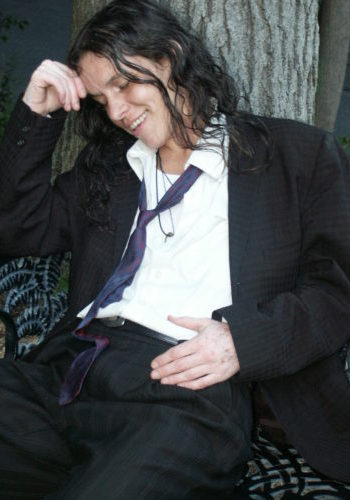 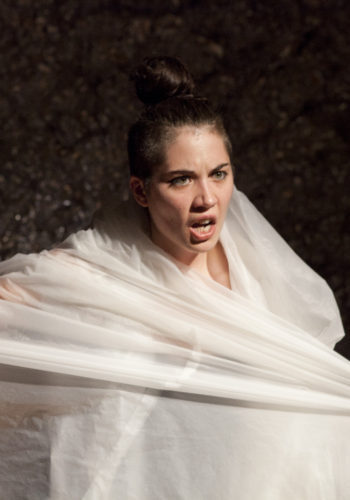 Susana Cook is a New York based playwright, director and performer

Mieke D is an interdisciplinary performance artist, an educator, and a mixed-race femme of Asian and European descent

m.b.
having recently abandoned the sad sack of the corporate american dream for the deprivation and freedom of the freelance life, m.b. is an MFA student, editor, literary and commercial translator, events curator, singer, performance artist, cook, writer of fiction/poetry/memoir, and emerging insomniac. m.b. runs a monthly world-music and other performance series, has been the recipient of various writing and performance retreats and fellowships, has been a featured poet at the bowery poetry club for the-poet-in-new-york series, and has a varied and very weird performance history on the stages of carnegie hall, lincoln center, and symphony space, among others. m.b. is an alumnus of the helix queer performance network's workshop "needing it" at bax/brooklyn arts exchange.

KATE BORNSTEIN
Kate Bornstein is an author, performance artist and public speaker who has written several award-winning books in the field of Women and Gender Studies, including "Gender Outlaw: On Men, Women, and The Rest of Us," and "My New Gender Workbook." Her 2006 book, "Hello, Cruel World,” propelled Kate into an international position of advocacy for marginalized and at-risk youth. The title of her memoir sums up her life: ”A Queer and Pleasant Danger: the true story of a nice Jewish boy who joins the Church of Scientology and leaves twelve years later to become the lovely lady she is today." Kate lives in New York City with her girlfriend, author and sex educator Barbara Carrellas, along with their cat, two dogs, and a turtle.

SUSANA COOK
Born in Argentina, Susana Cook is a New York based playwright, director and performer. Some of her latest  shows are : Samanta Ibarrola, la mujer inexplicable, Conversations with Humans, We Are Caligula, The Funeral of the Cow, The Homophobes, The Fury of the Gods, Homeland Insecurities,  The idiot King, The Values Horror Show, 100 Years of Attitude, Dykenstein, Hamletango, Prince of Butches, Gross National Product, Hot Tamale, Conga Guerrilla Forest, The Fraud, Butch Fashion Show in the Femme Auto Body Shop, Rats:The Fantasy of Extermination and Tango Lesbiango. Her work is archived at the Digital Video Library of The Hemispheric Institute of Performance and Politics of New York University.

BANJELA DAVIS
Banjela Davis a.k.a. Zach Frater is a Jamaican-descended producer, curator, and androgyne from NYC. She is a main collaborator on Legends, Statements & Stars!, a multimedia platform highlighting the personal testimony and creative spirit of the QTPOC community through talk series, showcases, street journalism, and zines. Banjela has presented projects at BAAD!, Project Reach, Brooklyn Arts Exchange, Prince Street Project Space, La MaMa, and JACK, and has been published through Posture and Visual AIDS. She received her BA in Art History from City College of New York (CUNY).

MARGA GOMEZ
Marga Gomez is thrilled to be back in New York for her second “Squirts” and to premiere her 12th solo play at the Public Theater’s “Under The Radar Festival” Jan 11th through January 15th, 2017. Marga is a GLAAD Award winning writer/performer and stand up comedian. Her 12 solo plays have been presented at The Public Theater, La Mama ETC, Dixon Place, nationally and internationally. She was one of the first openly queer stand up comedians in the country, way befeore Ellen. She has appeared on LOGO’s “One Night Stand Up,” Showtime's "Latino Laugh Festival,” Comedy Central’s “Out There" and HBO’s “Comic Relief” at the invitation of Robin Williams who called her “Amazing… a lesbian Lenny Bruce.” Selections from Gomez’s work have been published in several anthologies including Extreme Exposure (TCG Books), HOWL (Crown Press), Out Loud & Laughing (Anchor Books), Contemporary Plays by American Women of Color (Routledge), When I Knew (Harper-Collins) and Out of Character (Bantam Books.) She was born in New York City to entertainers in the Latino community and currently resides in San Francisco. Her website is margagomez.com

THEDA HAMMEL
Theda Hammel is a very great trans actress/model specializing in the combined arts of trans acting and trans modeling. She used to do drag under the name Hamm Samwich, and because of an administrative glitch, is locked into that name permanently on her facebook account. Between fittings and galas she's managed to make some music, and this year put out a 3 song mixtape objectively titled "Very Great." Her video podcast venture Hammcast is released regularly on YouTube and occasionally gets upwards of 20 views. All the bars she used to work at have now closed.

PATTI HARRISON
Patti Harrison is a Brooklyn-based writer, actor and comedian from Columbus, Ohio. She is transgender and has asthma, but the asthma is promised to fade. She has been featured on NY Mag's The Cut, MTV.com, The Brooklyn Comedy Festival and The New York Comedy Festival. The monthly show she co-hosts at Union Hall It's a Guy Thing was ranked at the top of Paste Magazine's list of "The 10 Best Alt Comedy Shows in NYC" and has been featured in Time Out New York, The New York Times, NYCF and more! You can catch her eating your nail clippings or laying millions of eggs behind your refrigerator.

YAYA MCKOY
Yaya McKoy is a multi-media performance artist and poet using the internet, social networks and meme as art mediums to challenge social norms and introduce more nuanced ways of looking at oppression. Previous collaborations with the Helix Queer Performance Network include La MaMa's Squirts and Needing It at BAX/Brooklyn Arts Exchange. Yaya appeared in Danspace's Platforms: Lost & Found in 2016, and their online work has appeared in For Harriet, an online journal of Black Feminist writing, as well as viral online performances via GoFundMe (the "I Need Some White Privilege Fundraiser") and Etsy (the "Black Privilege Shop"). You can find their written work at thecoloredfountain.net.

SARAH SCHULMAN
Sarah Schulman is the author of eighteen books, including the novels The Cosmopolitans, Rat Bohemia and Empathy, and the non-fiction books Conflict Is Not Abuse: Overstating Harm, Community Responsibility and the Duty of Repair, as well as The Gentrification of the Mind: Witness to a Lost Imagination and Ties That Bind: Familial Homophobia and Its Consequences. Her many honors include a Guggenheim Fellowship (Playwriting), a Fulbright Fellowship (Judaic Studies), and the Kessler Award for Lifetime Contribution to LGBT Studies. She is the Co-Founder of MIX: NY LGBT Experimental Film and Video Festival, Co-Director of ACT UP Oral History Project, and the US Coordinator of the first LGBT Delegation to Palestine. Sarah Schulman is also on the advisory board of Jewish Voice for Peace, is faculty advisor to Students for Justice in Palestine and is a Distinguished Professor of the Humanities at the City University of New York College of Staten Island.

PAMELA SNEED
Pamela Sneed is a New York based poet and actress. She has been featured in the New York Times Magazine, The New Yorker, Time Out, Bomb, VIBE, and on the cover of New York Magazine. She is author of "Imagine Being More Afraid of Freedom Than Slavery," published by Henry Holt in April 1998, KONG& other works published by Vintage Entity Press 2009 and a chapbook Lincoln(2014). She has performed original works for sold out houses at Lincoln Center, P.S. 122, Ex-Teresa in Mexico City, The ICA London, The CCA in Glasgow Scotland, The Green Room in Manchester England, BAM cafe, Central Park Summer Stage and recently Columbia University's Tribute to James Baldwin. She has headlined the New Work Now festival at Joe's Pub/Public Theater. She is part time theater faculty at Sarah Lawrence.Her work is included in Essence Magazine and The 100 Best African American Poems edited by Nikki Giovanni.

STEPHEN WINTER
Stephen Winter is an award-winning filmmaker. His 2015 film "Jason and Shirley," which he wrote and directed, was called “one of the year’s finest” by Richard Brody in The New Yorker. His film debut was "Chocolate Babies" (1996), which premiered at the Berlin Film Festival. Stephen has worked with Lee Daniels, Steve Harvey, John Cameron Mitchell, Xan Cassavetes, Zoe Cassavetes, John Krokidas, Gus Van Sant and David France. He produced Jonathan Caouette’s landmark “narci-cinema” documentary "Tarnation" (A.O. Scott, New York Times) which had the triple-crown premiere of Sundance, Cannes and the New York Film Festival. He teaches at Cornell University, Pratt Institute and Williams College.

DAN FISHBACK (Curator, Host)
Dan Fishback has been making theater and music in New York City since 2003. As director of the Helix Queer Performance Network, he organizes public events, teaches workshops, and curates the annual series La MaMa’s Squirts. His musical "The Material World" was named one of the Top Ten Plays of 2012 by Time Out New York. Other works include "thirtynothing" (2011) and "You Will Experience Silence" (2009). As a singer-songwriter, Fishback has released five albums, both solo and with his band Cheese On Bread, with whom he has toured Europe and North America. He has received grants from the Franklin Furnace Fund, the Doris Duke Charitable Foundation and the Six Points Fellowship for Emerging Jewish Artists, and has been a resident artist at Kelly Writers House, the Hemispheric Institute of Performance & Politics, Dixon Place, MacDowell Colony, Yaddo, the Kimmel Harding Nelson Center and BAX/Brooklyn Arts Exchange, which has supported all of his major work, in some form of another, since 2010. Find him at @dangerfishback and www.danfishback.com