Elia Schneider is known for hauntingly visual productions that transcend language with strong imagery and a dreamlike fresco of movement and design. In Judgement on a Gray Beach, themes of exile and totalitarianism are explored by a condemned man--he knows not for what-- on a beach populated with ten antiheroes who fully comply with absurd laws and obey nonsensical orders. Will he escape or return for punishment?

"Judgment on a Gray Beach is one of the most visually striking theater pieces I've seen in a long time."

A "troubling, startling and beautiful meditation on loneliness"

"An unspeakable sorrow of hopelessness spreads through the theater like the shadow of death's wings. Yet it is such a triumphant moment of theater that it brings cries of admiration and a thunder of hands from the audience....To feel such exhilaration and despair at once is a rare epiphany." 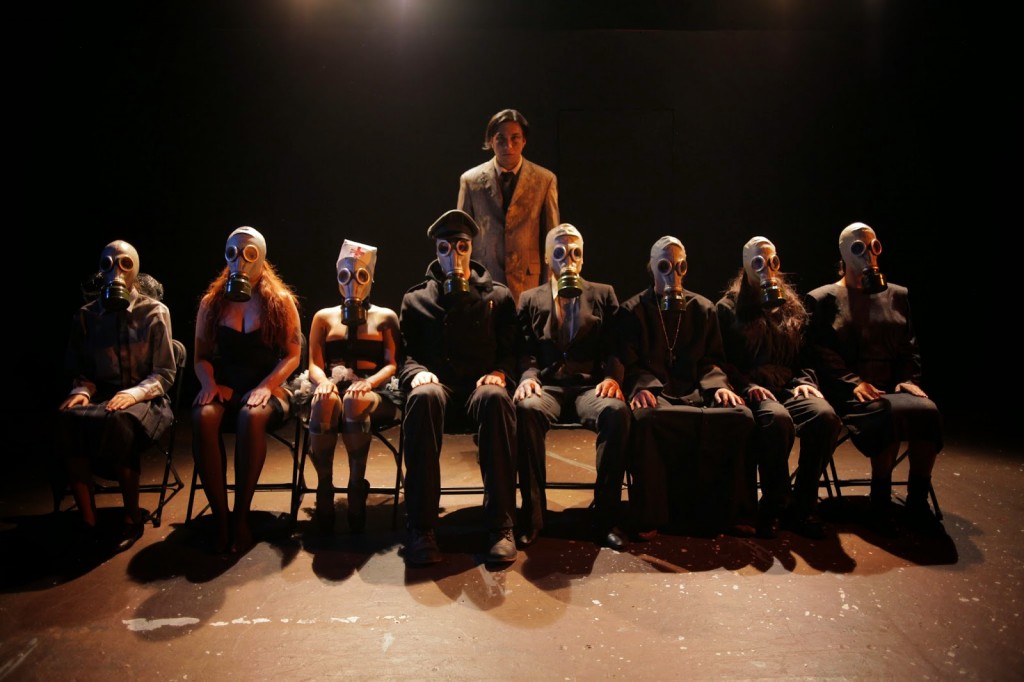 Elia K. Schneider burst into worldwide recognition in the 1980s with her Caracas-based Teatro Dramma and was "adopted" artistically, by La MaMa founder Ellen Stewart, who regarded her as one of her internationally-famous theater's elite directors. Schneider's previous productions at La MaMa include Franz Xavier Kroetz' "Request Concert" (1982), Franz Kafka's "Blumfeld" (1985), her own play "Gaz" (1989), developed for the 50th Anniversary of the Holocaust, and her own play "Rooms" (2000), which set three women in a Kafka-esque world of isolation and everyday obsessions.

Between her last La MaMa production and now, she directed her own stage adaptations of Ionesco's "The Lesson" (2004) and Mrozek's "The Emigrants" (2010) in Venezuela, but mostly she has been directing and producing films.  Ms. Schneider works with her husband, Joseph Novoa, in two production companies, Joel Films and Unity Films, interchanging responsibilities as producer and director.  She directed "Huelepega" (Glue Sniffer, 2000), a film about street kids in Caracas, which was initially censored by the Venezuelan authorities during President Caldera's period and later released in that country, earning the highest box office gross of the year. It won 15 international awards and was the Venezuelan submission to the Academy Awards.  Her "Punto y Raya" (Dot and Line, 2005) was a dramatic comedy about an imaginary and absurd war between Venezuela and Colombia in 2004.  It was the Venezuelan submission to the Academy Awards and won 30 international prizes.  Her "Desautorizados" (Unauthorized, 2010), about a theater writer who lives inside a story he is creating, was nominated for the Golden Globe Award in the International Film Festival of Shanghai.  To be released in 2015 is her “Tamara,” a film about a Venezuelan lawyer who underwent a sex change.  She has produced and cast four films by Novoa and one by her son, Joel Novoa Schneider.  She is a part time faculty member of the Stella Adler Academy of Acting in Los Angeles.