Thursday to Saturday at 7:30PM; Saturday and Sunday at 2PM

Great Small Works revisits the work of radical 20th-century New York City puppeteers Zuni Maud and Yosl Cutler. In a bilingual Yiddish-English play that uses Maud and Cutler’s satirical puppet scripts and original graphics, together with Great Small Works’ own puppets and projections, as well as The Dybbuk and Mae West, Muntergang is a meditation on historical models for changing power relationships. 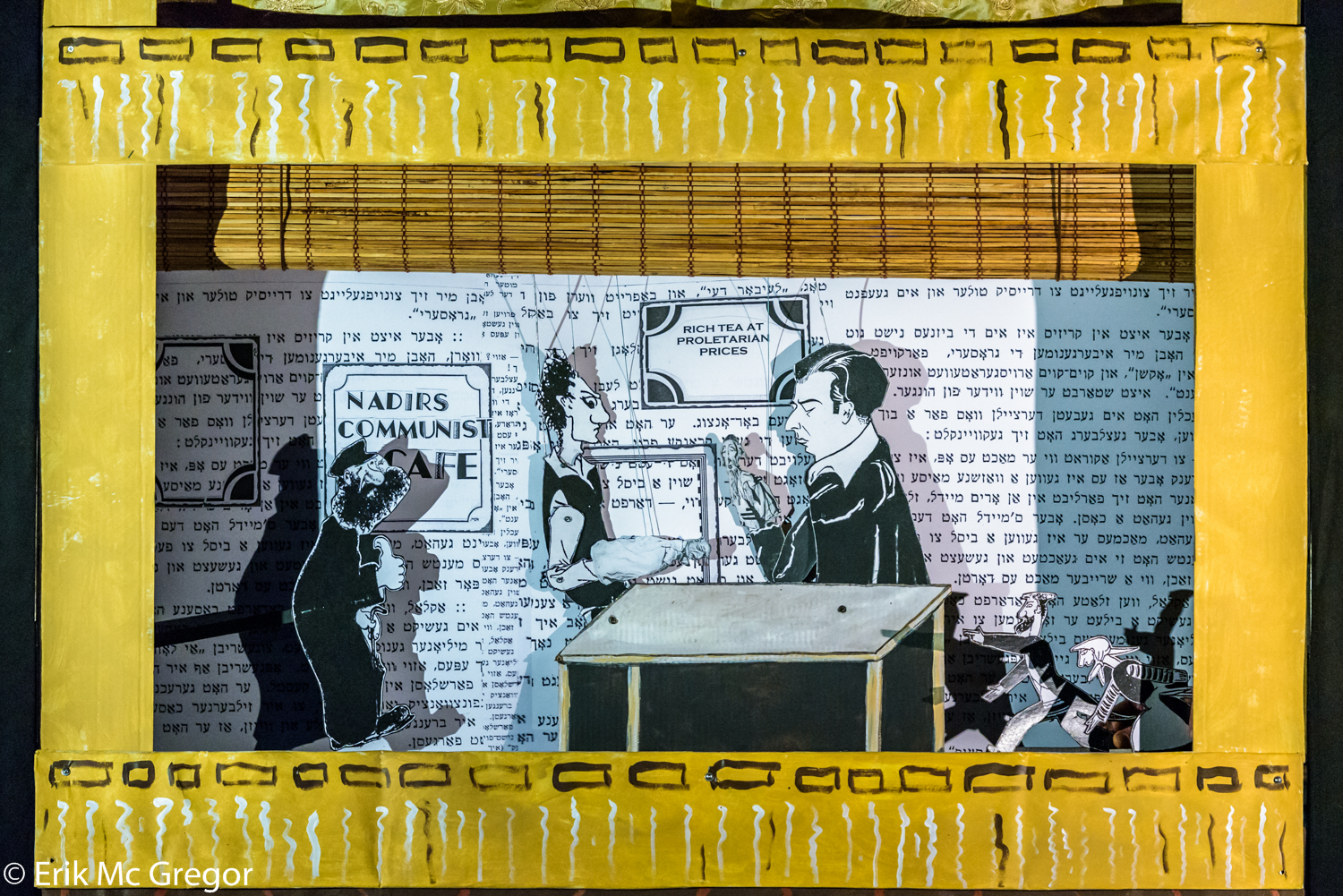 Eddy Portnoy received his Ph.D. from the Jewish Theological Seminary. His dissertation was on cartoons of the Yiddish press. He also holds an M.A in Yiddish Studies from Columbia University, and is Senior Researcher and Exhibition Curator at the YIVO institute for Jewish Research.  His articles on Jewish popular culture phenomena have appeared in The Drama Review, Polin, and The International Journal of Comic Art. His investigations into the lives and work of Zuni Maud and Yosl Cutler were the seed of this production.

Irena Klepfisz is a poet, Yiddish translator, and teacher of English literature, Yiddish language and literature, and Women’s Studies. She is the author of the poetry collection A Few Words in the Mother Tongue and Dreams of an Insomniac: Jewish Feminist Essays, Speeches, and Diatribes. Klepfisz is additionally a co-editor of The Tribe of Dina: A Jewish Women’s Anthology and Jewish Women’s Call for Peace: A Handbook for Jewish Women on the Israeli/Palestinian Conflict, and served for many years as Yiddish editor for Bridges magazine. She has been a long-time activist whose work has addressed homophobia in the Jewish community, women and peace in the Middle East, and secular Jewish identity. Klepfisz teaches at Barnard.

Dazzle Camouflage: Spectacular Theatrical Strategies for Resistance and Resilience, a new book by Ezra Berkley Nepon, offers two profiles of contemporary theater artists, Jenny Romaine and the Eggplant Faerie Players, generating analysis about their shared transformative theatrical strategies. Using oral history, archival research, and experiences working with these artists, the author tells their stories and identifies the roles of Dazzle Camouflage, Re-Mixing History, and Rehearsing Resistance in their work. Both profiles are interwoven with progressive Jewish and Queer culture and politics. 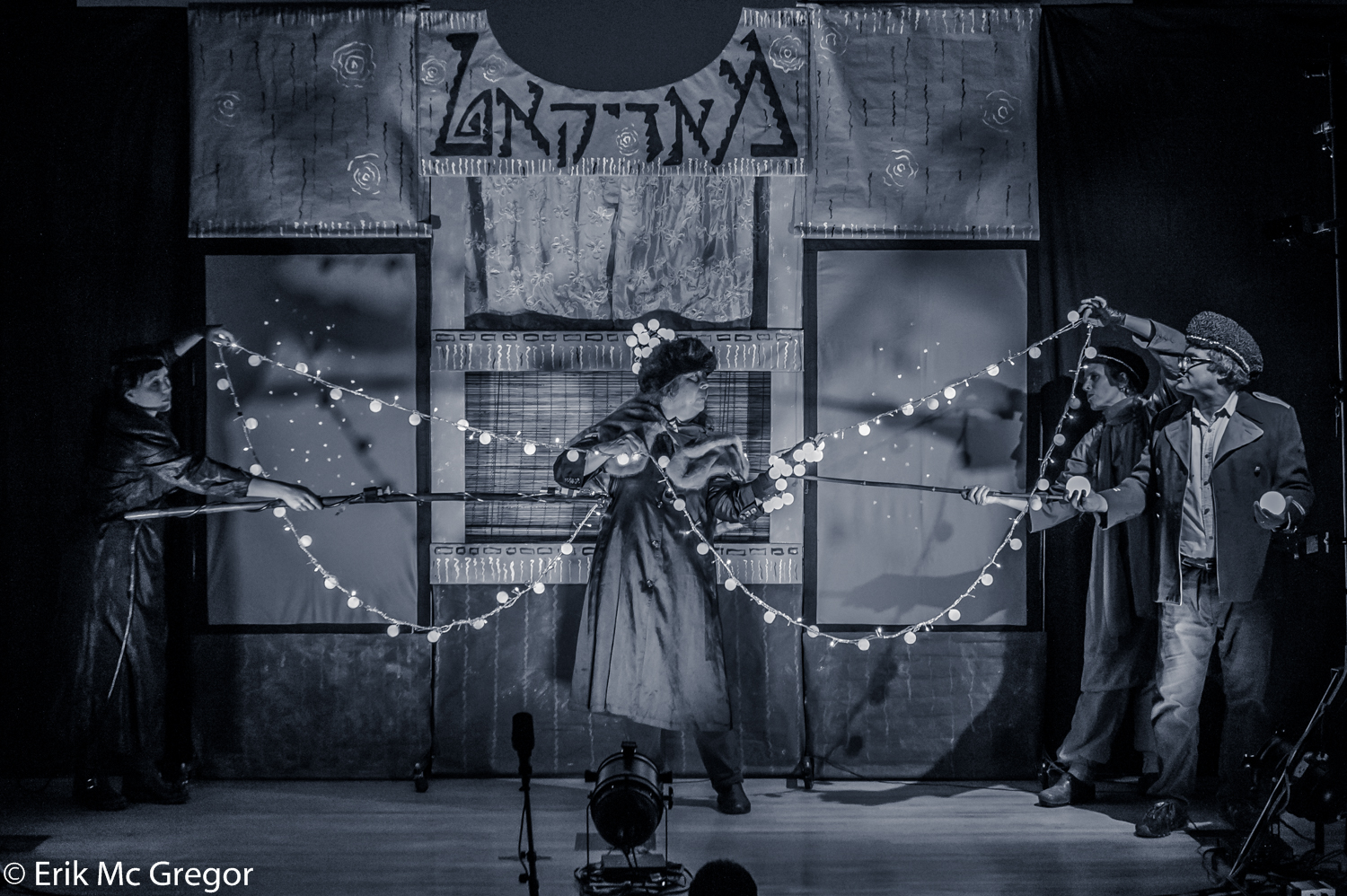 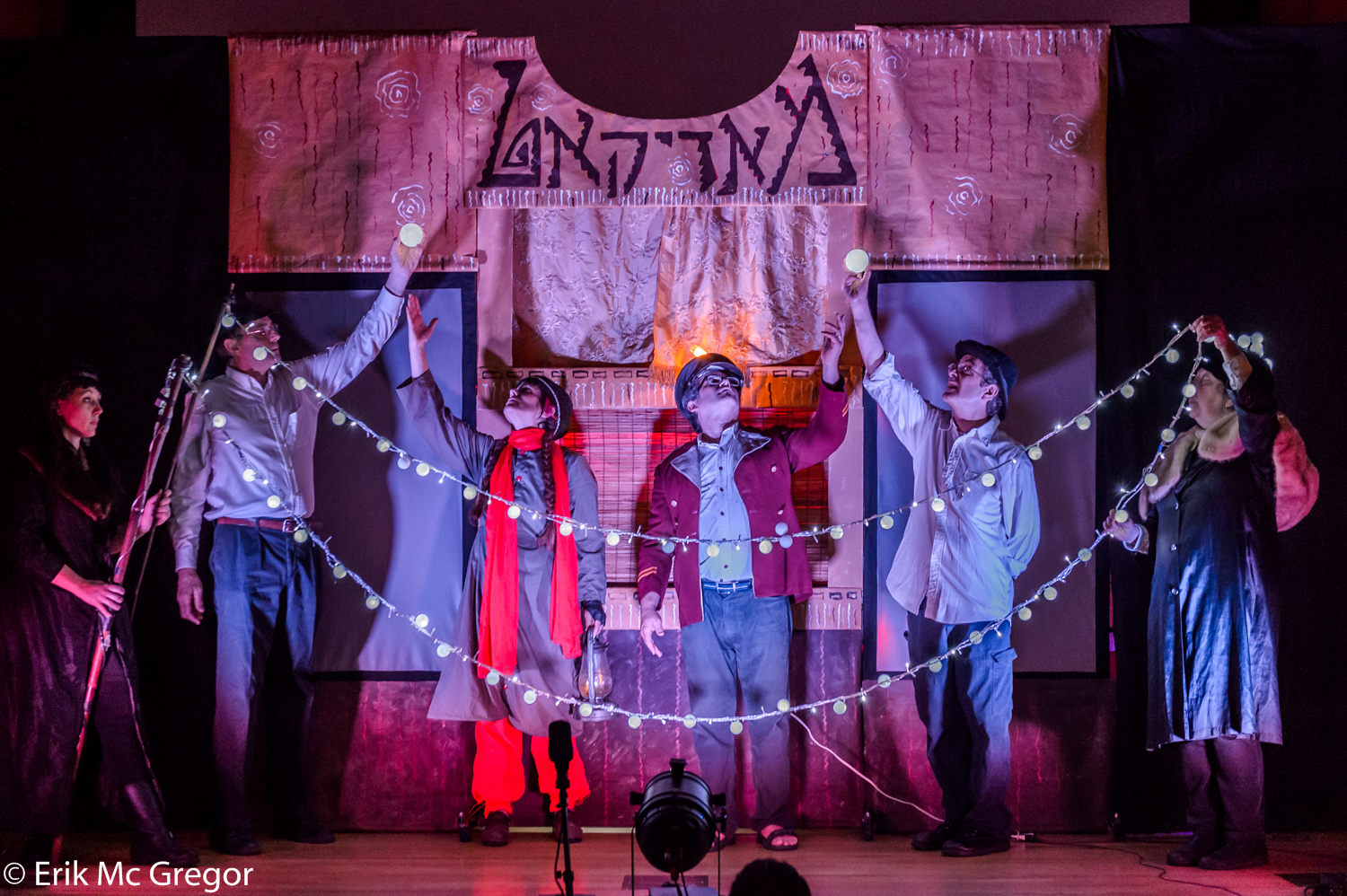 Great Small Works has a 20-year history of engagement in all aspects of puppet theatre. With roots in Bread and Puppet Theater, company members have created large-scale processions and spectacles involving hundreds of participants, written books and articles about puppet theatre, and taught workshops and classes in settings ranging from prisons and universities to opera houses and community centers.